TheRedMage13
View other Ports from this member

Players must manage a tank of guppies and other aquatic creatures, each stage begins with two guppies in the tank or one breeder which creates guppies.[7] Guppies and other fish drop money, which can be collected by the player and used to purchase fish food and upgrades, such as more filling food and powerful lasers to repel attackers.[8] Each creature must be kept alive by feeding, whether through fish food bought by the player or other species of fish in the tank. In addition to feeding fish, the player must protect the fish from aliens that periodically enter the tank and attempt to eat the fish. The aliens must be clicked on repeatedly with the mouse pointer in order to defeat them.[9] The deluxe version of Insaniquarium contains eight different aliens, but in the original Java version there are four.

(Fully playable with highest settings, but if u use a 16:10 screen, it is recommend to play it windowed to keep the right aspect ratio) 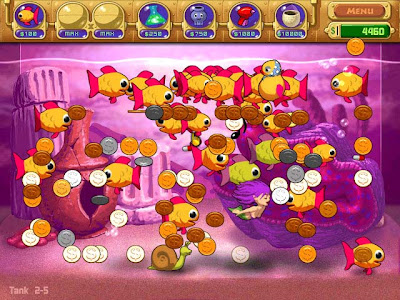 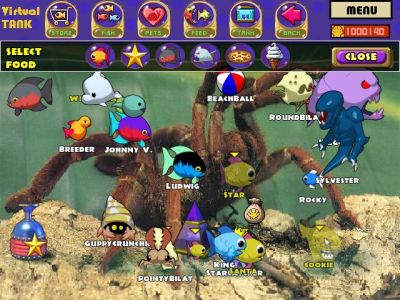 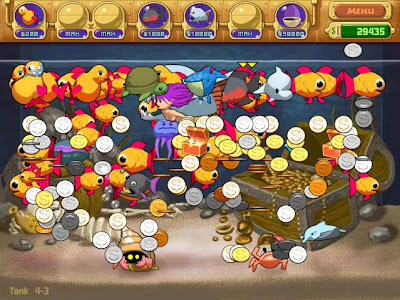 jimboslyce
Jun 19 2012 07:37 PM
Can someone help me out? I'm trying to play this game but for the life of me I just cannot get it to work. I have CxEx and I have aquamarine installed but it still says needs CXZ aquamarine to run... help?