Game Description:
X-COM: Terror from the Deep is a strategy video game developed and published by MicroProse in 1995. It is the sequel to UFO: Enemy Unknown, and the second part of the X-COM series.

Plot:
Terror from the Deep is set in 2040, decades after the first Alien War was won, when a new alien menace begins to emerge from the oceans.

Eventually, it is revealed the aquatic aliens came to Earth on a massive spacecraft, known as T'Leth, that crashed into the ocean 65 million years ago and supposedly caused the extinction of the dinosaurs.

Destruction of T'Leth by the player results in victory but also results in a worldwide cataclysm, setting the stage for the third game in the series, X-COM: Apocalypse.

Known Issues:
Not yet tested on Macs with GMA 950 Chipsets though it should work. 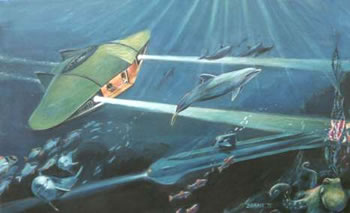 if got some problems. I download this game and started it.
All is fine until i start a mission. When a push the button for mission start, the game tells me error.
The DosDisplay shwos me: error cant find mission dir

It woulg be great if someone can help me.

Alternatively I could have screwed something up when changing the game to Dosbox UB - I do not have access to my computer for the next while so I can not really trouble shoot other then the full screen or windowed question right now.