NRG
View other Ports from this member

CONTINUE...
Spoiler
Konami partnered with FC Barcelona, Liverpool F.C., Borussia Dortmund and Club AtlÃ©tico River Plate which will include recreation of the official kits, player faces, club logos and stadia among other exclusive content.[2][3][4] Features includes, among others, improved passing, Real Touch ball control, and improved goal tending technique. The recent demo confirms it will include fully licensed Arsenal, Atletico Madrid and Barcelona teams.[5][6]
The game was positively reviewed upon launch, with critics describing the game as one of the best Pro Evolution Soccer games to date, and a refinement of its predecessor, Pro Evolution Soccer 2016.

WARNING:
Mega needs firefox with openDns in your macosx to assure you a download without corrupted files...   Tools included are: tools by nesa24  of my v1.01 wrapper, except the side unlocker it's for 1.02 version of the game, are for the 1.01 game version...

Check the nesa24 blog to see if new version of the tools will be released for more recents versions of the game...
in that case you must open the EXTRA folder then the TOOLS alias folder and update them using the same name for the various exe inside the various folders

the same above procedure can be used also to add other new extra tools inside the wrapper -My System Specs:

The wrapper could not work with macOS High Sierra...
In this case read carefully this thread: http://portingteam.c...os-high-sierra/

If you have problems with the Settings.app read Here...

if you have issues with Stuttering or input lags during the match, go inside the pro evolution Soccer 2017 installation folder and open the antilag.cfg file, modify it following what i written here_
http://portingteam.c...omment_id=60466

If you have a VRAM issue or you have  Intel and Iris or others videocards that are not fully recognized by the port:

you can try to open wineskin within the wrapper and then disable inside "Set Screen Options" the flag for the auto detect GPU's feature... Then go on advanced/tool/winetricks/Settings and set your videomemorysize=1024; It could help you)

You can have bad performances and/or stuttering  with a not suitable hardware.

The game is designed for max 1920x1080 so if you have bad performances consider this fact wherever you use other resolutions...

Copy the "Pro Evolution Soccer 2017" folder within this path inside the PES2017.app:

if MacOS tell you the Pro Evolution Soccer 2017 folder  already exists, click on Yes and merge it to finish


Installation (type 2)
Steam for Windows :
update the wrapper's engine at least with this one...

Open my ".dmg" file you downloaded through this thread

Once steam is installed, close the winetricks windows and select the "Configuration" Tab

Click on Test Run and Steam will be launched...

Download and install the game through the steam store

Once the game is installed you can play launching the pes2017.app within your Applications folder

Warning: if you had issues with the steam installation, read this alternative way...

Warning: if you haven't yet purchased the game and you think to buy the DVD retails version, you must know that, this year, the DVD version of the game doesn't contain the game! It contains only a steam setup with a valid steam key to downlaod the steam version of the game through an internet connection!

If you aren't  interested to launch steam every time you want to play offline and you haven't an internet connection to start the game, you can try to search a valid CPY crack modified for the version of your game installed and respective DLC (1.01 , 1.03... 1.04... etc...) and copy that crack within your game installation folder...

In that case you have to change the path of the Windows EXE  box (into wineskin/advanced/Configuration) to this:

I have a problem with master league. After I play first several games the favourite player choosing day is coming. But when game switch to the day the game crashes. It really makes me unhappy

I have a problem with master league. After I play first several games the favourite player choosing day is coming. But when game switch to the day the game crashes. It really makes me unhappy

Ive found the problem. There is no issues if I switch language from Russian to English. Crashes appear if only Russian selected.
Thanks!

It doesn't start with WineStaging64 4.2 (repackaged WineHQ release). Was working with 4.1.
Anyone else has the same problem? 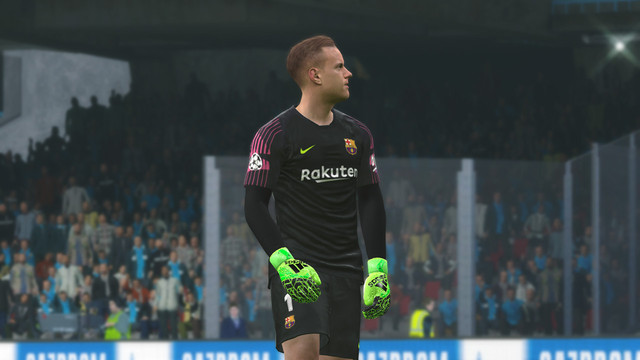 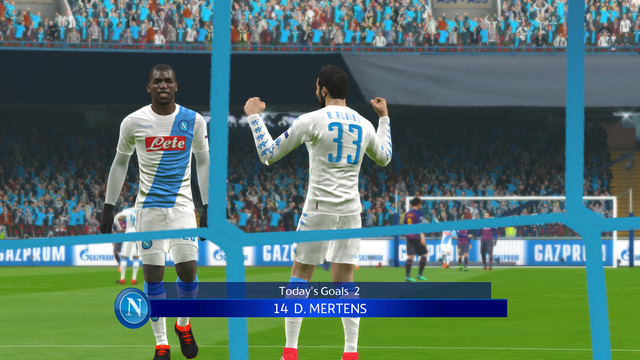 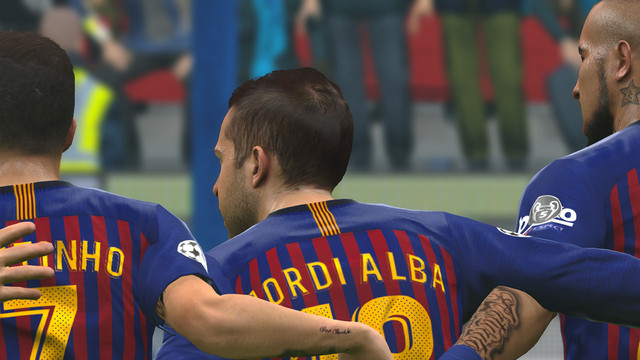 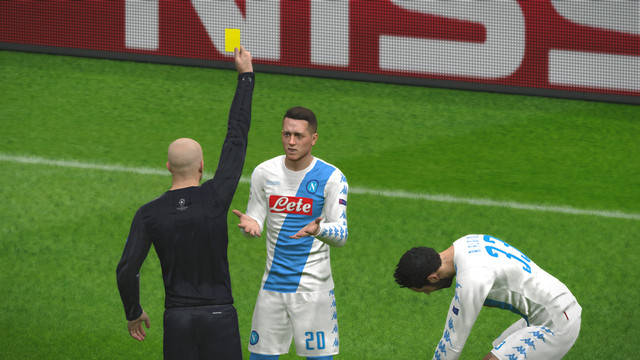 With Wine 4.10 some long time missing deph of fileld and lighting effects are now working on Mac

The problem for me now is since Wine 4.3 and also with 4.10 I can't use anymore my Thustmaster gamepad with Xinput and x360ce because something is changed in Wine with gamepad identification...

The problem for me now is since Wine 4.3 and also with 4.10 I can't use anymore my Thustmaster gamepad with Xinput and x360ce because something is changed in Wine with gamepad identification...

Same with my generic PS3 gamepad but problem is only with Staging engines since 4.3. Vanilla maps all buttons correctly.

problem is only with Staging engines since 4.3. Vanilla maps all buttons correctly.