22 replies to this topic

I figured it'd be fun to post other really hard games that you guys have played. They can be flash games, or real, retail games.
I'll start.

Dark Souls is super hard, pick it up.
http://blog-imgs-18....ng75/owata.html <- climb UP the chain on the second spikes
http://www.notdopple...rplatformer.php <- it is really unfair

Haha, my hardest game was actually Demon Souls (I want dark souls as well :/ ), and if also hard mean that it's almost impossible to reach all trophies Gran Turismo 5

*Shameless self promotion inbound*
I Wanna Be The Guy is impossible.
http://portingteam.c...nna-be-the-guy/

somehow I'm a fan of difficult and challenging games. That's why I like Demon Souls so much. I hadn't finished it yet, but maybe one day ....

somehow I'm a fun of difficult and challenging games. That's why I like Demon Souls so much. I hadn't finished it yet, but maybe one day ....
That is quite a fun game

By the way. I remember another game where the trophies were almost impossible to get.

Killzone 2
They had trophies for being number 1 or one of the first ten board leaders for some time. and because there are so many players it's way difficult. only way was maybe playing 24/7 until you get the trophy XD

I usually find games easy., but then again I usually play RPGs and US RPGs are extremely easy.
Some EU RPGs can be quite difficult, like Gothic 2 with NOTR expansion on easiest is like Dragon Age on hardest setting. (Gothic 2 withouth NOTR is quite a bit easier, but still hard compared to US RPGs.)

Games like The Witcher and The WItcher 2 on dark mode is also quite challenging.

I must admit, as I've grew older I do not care so much about difficulties anymore (unless it's a game that is in turn based mode) as pushing buttons, dodging and stuff like that doesn't really apeal that much to me. A good story with riddles and such that need some brain however is very fun

No one's mentioned the Portal series yet?

Ah, Only Portal advanced levels (no story) are very hard. I can't beat them. Lol.

Portal and portal 2 were so easy

Deep Black Reloaded So HARD die in like 4 hits

somehow I'm a fan of difficult and challenging games. That's why I like Demon Souls so much. I hadn't finished it yet, but maybe one day ....
link me 2 this demo souls game can't find no gameplay

My hardest game just because of the boss battle was the last battle in syndicate on hardest difficulty.

Aside from games that are just downright vheap or that just require pointless grinding there are a few...

- Castlevania (NES): I only got to play this classic recently, the main challenge is that you cannot control your character in mid-air like you can for example in Super Mario. If you get hit you are pushed back which can kill you easily when you're next to a pit. It's not unfair, the level design is made so that you can avoid hits if you take your time to plan jupms and use the actually items you have. Castlevania forces you to think before you attack or jump, it maes for a really interesting experience that, despite its arcady nature, ends up being more cerebral than most of these modern "sophisticated" games.

- Contra series: To be fair I only played the first two on NES, Contra 4 on DS (had to import that one from the US because it wasn't released in Europe; totally worth it!) and Contra ReBirth (meh, this isn't Contra). I love how unforgiving Contra is, yet it never gets unfair. You always see the shot coming, you always have enough time to react and it's always your fault for getting hit. The only things that annoy me are those pseudo-3D stages on NES, the blind area between screens on the DS and all the flashy crap in ReBirth that prevents me from seing anything.

- WiiSports: What's this doing on the list? Well, the first couple of matches can be won just by waggling pointlessly around, but as the game goes on enemies get harder and harder. Matt (the boss in boxing) can KO you in less than five seconds! On top of that to get points it's not enough just to defeat your enemy, you have to do it n a certain time without getting knocked down.

- Mario Strikers Charged (Wii): a whimsical Football game with Mario and friends, how hard could that possbly be? As it turns out it gets quite brutal when you want to unlock everything.

- Zelda II (NES): The first Zelda was mainly hard due to the stiff controls (Zelda III was really easy when they improved the controls but left the enemies as limited as on the NES), but Zelda II had perfect controles. It was just a hard game. On top of that when you lost all your lives your exp. was gone. You got to keep your levels, but you had to start grinding exp from beginning. It's not as bad as it sound since leveling up a stat consumes your exp anyway.

Games I own that still need porting:
Dark Messiah of Might & Magic, Descent 3, Fallout, Space Rangers 2

link me 2 this demo souls game can't find no gameplay

Super Meat Boy and VVVVVV are SO GODDAMN HARD.

VVVVVV was really short, though.

I LOVE VVVVVV! Great game.
SMB is great too...the holiday levels took me 3 hours. All for a fictional piece of coal...

Never even got past the first holiday level.

The World 3 boss is absolute torture. I've spent about two hours on that level alone. 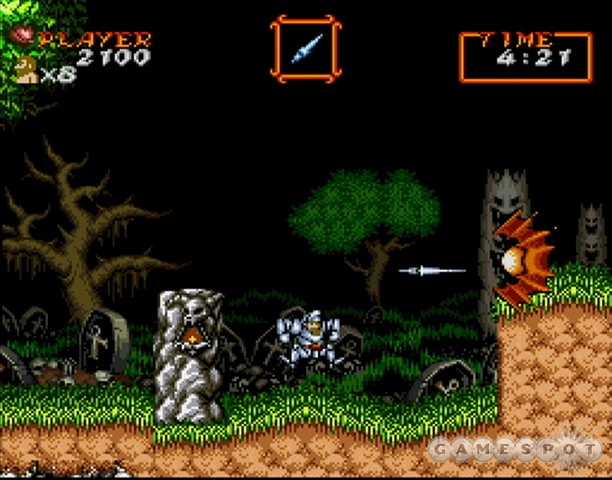 this mofo had me dyin left and right

Found a few of the boss fights in Jak 2: renegade to be pretty difficult (back in the days when i was like 9 or 10). Oh, how i miss that game.

"The path of the righteous man is beset on all sides by the iniquities of the selfish and the tyranny of evil men. Blessed is he, who in the name of charity and good will, shepherds the weak through the valley of darkness, for he is truly his brother's keeper and the finder of lost children. And I will strike down upon thee with great vengeance and furious anger those who would attempt to poison and destroy my brothers. And you will know my name is the Lord when I lay my vengeance upon thee."

Hardest crap in the world: Touhou 13 on lunatic mode!!!!!

Who bought Gundemonium Collection (Like Touhou Hardest!) and BIT.TRIP Games (Not Hardest.) on Steam? I can't beat them. Lol. BIT.TRIP Runner is awesome games than other BIT.TRIP games.